I've told this story, oh... just a few times over the last 28 years (even more cool to tell now that I live so close to the Smithsonian’s Museum of American History) but now that I have a color scanner and a blog, I figured it was time immortalize it cyberspace…

One of the longest running primetime television shows, M*A*S*H (the show that birthed the term “dramedy”) ran for 11 seasons from 1972-1983. This was my absolute FAVORITE show growing up. I never missed an episode and was glued to the set every week when it was on. I loved the show so much that during a 4th grade art class I made a tin print of a M*A*S*H helicopter that hung on the refrigerator for several years.

In April of 1981, there was a horrible, horrible writers strike that lasted an eternity (okay, it was a few months) that took my beloved M*A*S*H off the air. Heartbroken, I wrote to cast of M*A*S*H, empathized with their plight, pleaded for them to get back on the air as soon as possible and included with my letter the helicopter tin print I’d made years earlier. I wrote a few more letters and then I suddenly got one back… 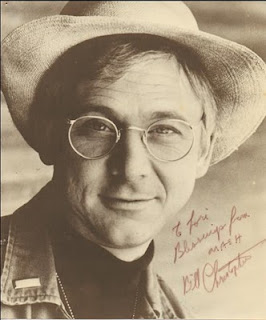 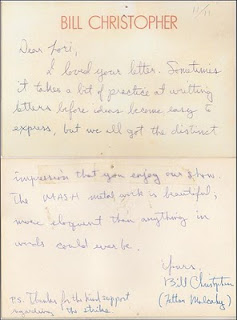 I wrote back a letter of thanks and then a month later (strike was over and back on the air at this point) I was delightfully surprised to get this package in the mail. 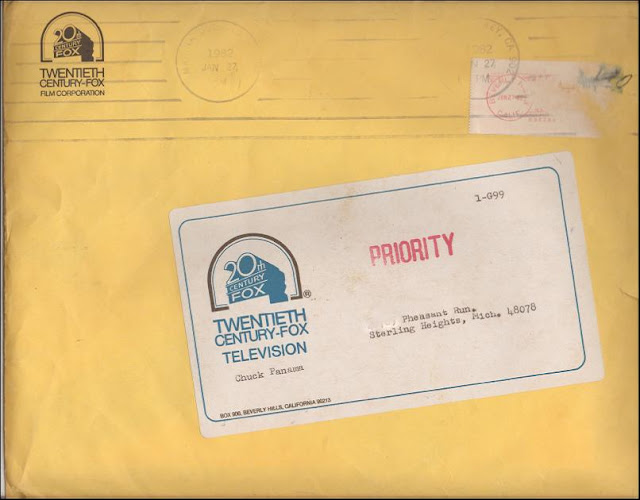 Inside was a wondrous treasure of photos, film strips, projector slides (remember those) of the cast of M*A*S*H hanging my tin print on Colonel Potter’s office wall between the horses and his “grandkids” drawings (I think that made me an honorary grandkid). 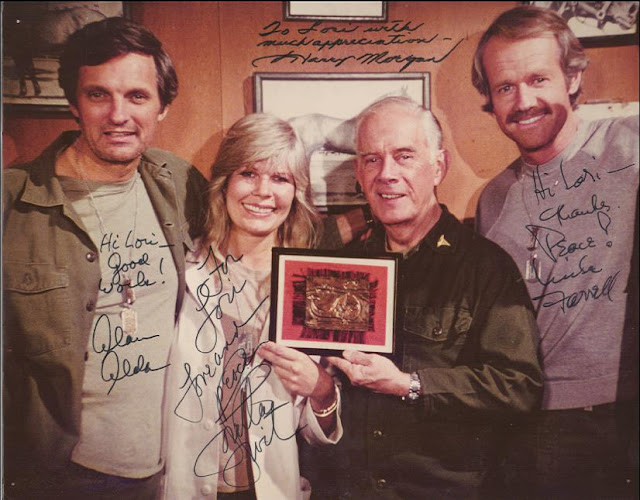 Although M*A*S*H was only on the air for another season and a half after that, you can catch several good views of my tin print in seasons 10 and 11 during scenes in Potter’s office. 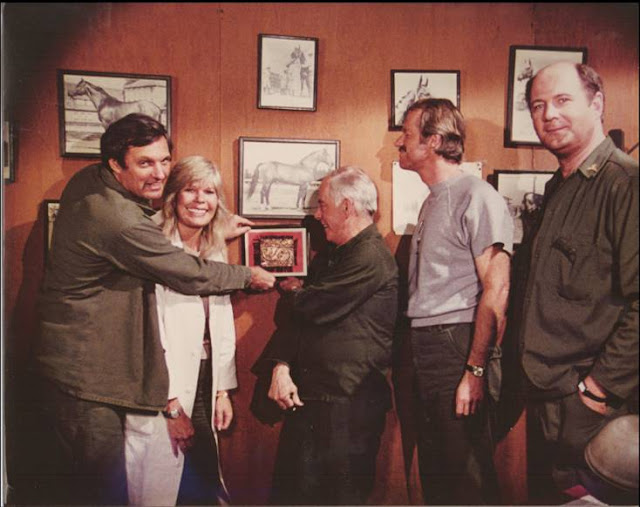 After the series ended, the M*A*S*H set was moved to Smithsonian’s Museum of American History so, as if having my personal artwork on the M*A*S*H set wasn’t a cool enough claim to fame, I later had my artwork hanging in one of the most famous museums in the world … now sitting comfortably collecting dust in a storage room between Fonzi’s leather jacket and Archie Bunker’s chair, I’m sure.
.

Very cool, Lauren - I had no idea -- can I have your autograph?