Faster than the Speed of Growing Up 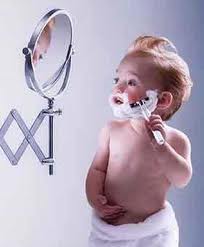 As a young parent, I remember it feeling like my baby went from nursing to rice cereal and from crawling to cruising at the speed of light. But nothing made my baby grow up faster in the shortest period of time than bringing home my second baby. When I left for the hospital to deliver his brother, he was my baby. When I came home after spending 3 days away with my new 5 ½ pounder, my 21-month-old was a GIANT and he just kept getting bigger and bigger, faster and faster each year after that.

A decade and a half has passed since my baby started “growing up” at an exponentially rapid pace and I’ll tell you (parents of young ones) you think time’s flying now? Just wait until they’re teenagers! From middle school to driving was a blink of an eye and it really gives you perspective on the insignificance of this life against the magnitude of eternity.

A few months ago, Pastor Christian Gaffney reflected on this very phenomenon of my oldest son’s growing up in a three-part series of blog posts called “Tears of Maturity.” You see, Pastor Christian has seen quite a bit of Derek’s “growing up” too as he’s been with him in youth group for the past four and a half years. But Pastor Christian is more than just Derek’s youth group preacher, he’s been a mentor (formally and informally) and brother in Christ, a trusted adviser, a fierce debate opponent and most of all, a model of what Derek would like to be someday: a youth Pastor.

In Pastor Christian’s blog series, he talks about three of the times that he witnessed Derek cry. As Derek matured, those tears were shed for very different reasons that revealed his personal and spiritual growth. The series was funny, disturbing (for mom) and moving – if you haven’t read them, I encourage you to check them out.

One of the things that revealed Derek’s greatest maturity to me was when Pastor Christian announced he would be leaving Virginia to launch a church-plant in Florida called Exponential Church. For many years (perhaps before Christian realized it himself) I knew that God had something bigger planned for Christian than leading our youth group. When the Dowdy family left Virginia to plant a church in Canada, I began planting seeds with Derek about Christian not always being his youth pastor at Fair Oaks Church. This conversation was always met with great resistance if not obstinance. No one could be our youth pastor but Christian, he’d never leave. When Derek first felt the call to be a youth pastor himself, it almost depressed him because he could imagine being a youth pastor anywhere but Fair Oaks Church and Fair Oaks already had a youth pastor who would never leave.

Always planting seeds, I would make suggestions like… what if Pastor Christian were to be called to lead a church of his own, that could enable someone like Derek (if he were old enough at the time) to apply for that job OR if Pastor Christian were a Senior Pastor of his own church, perhaps Christian would have a job for him as his youth pastor. All of these notions were firmly rejected because Derek just could not bear the idea Christian would not always be the youth pastor at Fair Oaks Church.

Then, this Spring, when the church plant in Florida was announced, I was very concerned about how Derek would react. Much to my utter shock, he responded with maturity, support and enthusiasm for God’s new calling for Christian. I must say I was floored and I saw my boy through new eyes that day - saw him for the man of God with spiritual maturity that he was becoming right before my eyes.

I’ll blink again and he’ll be in college, getting married, being ordained, having children, serving the Lord through ministry, celebrating his 25th year as a pastor and wondering how time could have flown by so fast and still marveling at how this little boy of mine could have become this wise gray-haired grown-up in what seemed like the speed of light – the speed of growing up.

I was passing through pros and cons of life coach new york , and I found your post as the most informative from which all I read.

Thank you, Adam. You are very kind!