GIVING in to Addiction

According to an article in Psychology Today by Stephen Mason, Ph.D., only 10 – 15% of the population have an “addictive personality” disorder resulting in out-of-control habits without the simple judgment of knowing when to stop. For the other 85% - 90% of the population who do not have addictive personality disorder, they can have one drink without having 10. They can play one or two hands of black jack at a casino and (weather they are up or down) walk away. They can come home from the hospital and take the two Vicodin per day as prescribed and not get addicted to prescription pain killers.

I’ve never thought of myself as having an addictive personality. I have a fair amount of self-discipline so it’s not that hard for me to break a habit (or just not start one) if I put my mind to it. But sometimes there are compulsions you aren’t terribly motivated to “put your mind to” to stop because it makes you feel good to do it. If you could stop and you choose not to, is that addiction?

An example might be people who are addicted to exercise (I wish this were my problem). Often a companion symptom of Anorexia, people can get addicted to working out because of the endorphin rush they get and with addictive personality, they just want more and more of that endorphin infusion, so they exercise to excess (and even good things, in excess, can be harmful).

There is one area in my life where I can relate to the addictive personality experience, getting excessive pleasure out of that endorphin rush of doing something over and over again that makes you feel good  and 85% of the population just doesn’t get it and may never experience the pleasure the way you do…

According to an article in the NY Sun, universities and independent research groups have studied the psychology of GIVING and concluded that people who give (time, money, items, blood) are 3 times more likely to consider their lives “very happy” as compared to those who do not give as a part of their lifestyle.

“A number of studies have researched exactly why charity leads to happiness. The surprising conclusion is that giving affects our brain chemistry. For example, people who give often report feelings of euphoria, which psychologists have referred to as the "Helper's High." They believe that charitable activity induces endorphins that produce a very mild version of the sensations people get from drugs like morphine and heroin.”

I have to admit, by those descriptions, I qualify. I get an endorphin high from giving (volunteering) my time to others and adrenaline rush from seeing that bi-weekly contribution come out of my bank account to Fair Oaks Church which supports the cause of Christ and the work of the Kingdom of God. Perhaps it’s the natural competitive nature if the “NT” temperament, but I really do get a jolt out of getting my year-end contribution statements and seeing that I gave more this year than last year. It’s a goal – a competition with myself – to find new efficiencies (budget and schedule) that enable me to give more.

There’s another percentage you often hear related to charitable giving – it’s the 80/20 rule… that 20% of the people are doing 80% of the total giving. I don’t know that to be specifically true at Fair Oaks Church, but I’d be willing to bet it’s close… and it’s heartbreaking.

There so much more we could be doing for the Kingdom of God, if more people were giving. How many more of the lost could we reach for the cause of Christ? Howabout Biblical obedience? How about God’s promise and the blessing that comes from putting Him first in your finances? And I’m not just talking about the endorphin blessing of feeling good about what you’re doing, but a real, tangible, measurable blessing from trusting God with your money.

Every so often Pastor Stokes will put out his Malachi 3:10-12 challenge - that if you commit to faithfully tithe 10% of your gross income to Fair Oaks Church for one year and you do not see God’s tangible blessing in your life, Fair Oaks Church will write you a check back to refund that tithe. As someone who has been faithful tithing for years, I can honestly say that there is not one time where I felt that 10% would have been better in my hands than in God’s. My faithfulnessreturned to me 10 fold and I give God all the glory. God can do more with 10% than you can do with the remaining 90% - guaranteed. 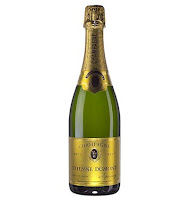 Not ready for that big of a leap of faith? How about something more relevant to the calendar… many people will celebrate the New Year with a bottle of Champagne. Why not take that same amount of money that you might have spent on that bubbly and consider making a one-time gift to Fair Oaks Church for the same amount? If research proves to be true, you could get that same warm endorphin rush from GIVING that you might get from the glass of champagne. I can’t offer you a refund policy, but I can offer you a nice convenient way to give online by CLICKING HERE and, of course, if you do it before midnight on New Year’s Eve, you could claim it as a deduction on your 2011 taxes.

Just as you excel in everything-- in faith, in speech, in knowledge, in complete earnestness and in your love for us-- see that you also excel in this grace of giving. - 2 Cor 8:7

Drug addication is the thing which is not welcomed in the society and the person is under attack of hatred among his/her community, if someone plan and wanted to get rid of this then he/she need a coach like www.meredithhaberfeld.com who can guide them in better way and let them realize how much important it is for them to avoid drugs.