Over the last nine years I have had several management and business articles published in Parks & Recreation magazine. To my delight, several of those articles have been picked up or reprinted in other digital or print publications.

I enjoy writing (thus, this blog) but since it's not my full time job finding the time is a challenge.

If you've followed my blog for any period of time, you've probably noticed a little bit of digital dust collecting on it. Where I used to make a point of posting two to four times a month, I think it's dwindled to one to two times a year. 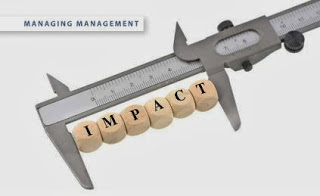 One contributor to the lack of writing here has been the increased writing elsewhere. In March of 2013, I was asked to write a regular monthly column in Parks & Recreation magazine called "Managing Management." This column is intended to offer advice and guidance to front-line managers who are trying to develop into leaders and has received quite a few positive reviews.


It occurred to me that the content for Managing Management is just as appropriate here as it is there, so I should probably cross-post the content.

Actually, since, as an INTJ, I tend to be long winded, there are always a few words that end up on the editing room floor (sometimes a few hundred) so the version you read hear may have bonus material you can't get in the magazine!

In the meantime, while I create a Managing Management site to consolidate the content, you can check out a few of the articles from here:

If there are any topics you'd like to see me write about, please don't hesitate to let me know. While the supply concepts that managers and leaders need to know is endless, I much prefer to focus on topics that are relevant to what readers are experiencing on the job right now.